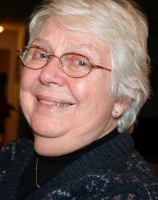 ROCHESTER - Florence W. Marcotte, of Rochester, died on Monday, July 27, 2020 with her loving family at her side. She was born in May 1927 in Exeter, the daughter of John "Jack" and Florence Walsh.
Florence graduated from Robinson Female Seminary in Exeter. After World War II she married Harry G. Marcotte Jr.
Florence was employed for a time at the First National Bank of Rochester. She worked for several years as a Legal Secretary for Attorney Frank Peyser in Rochester. She later worked along side her husband, Harry, when they started Marcotte Trophy and Awards until their retirement.
She was a longtime member of the Rochester Garden Club where she enjoyed her passion for gardening. But the biggest joy in her life was her family.
Florence was predeceased by her husband of 67 years Harry G. Marcotte Jr., in 2016, her son, James, in 2002, and her sister, Kathleen Foss in 2010. She is survived by sisters, Marguerite Field, Barbara Ellen Binette, Phyllis Wentworth and husband John; her children, Stephen Marcotte and his partner Judy Bergeron, William Marcotte and his wife Mary Ellen, Ellen Tostevin and her husband William, Anne Mansfield and her husband Dale, and Margaret Tewell and her husband Phillip. Florence has 14 grandchildren, many, great-grandchildren, great-great grandchildren, and nieces and nephews.