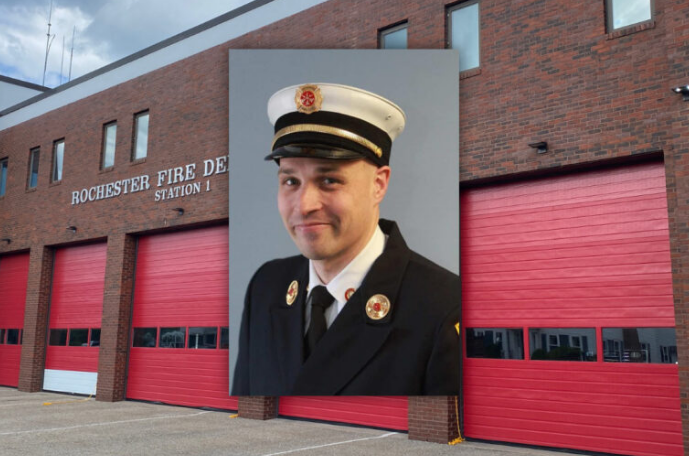 ROCHESTER - A former call firefighters and deputy chief will be Rochester's next fire chief, the city announced today in a press release.

Dennis Dube, of Dover, has accepted the position, however, an exact start date has not been set.

"Dennis has a long and exemplary record of service with the city of Rochester, which started as a call firefighter in 1996," said Rochester City Manager Blaine Cox. "After becoming full time in 1998, Dennis went on to provide the city with unbroken service until last year as a firefighter, lieutenant, captain, deputy chief of training, and deputy chief of operations."

According to Cox, Dube "has forged strong relationships with other city departments as well as the Rochester community-at-large" and "these connections, as well as his 25 years of service to Rochester as a firefighter and in leadership roles in the Fire Department, made him the ideal candidate to fill this vital position."

Cox added that Dube has "played a large role in making the Rochester Fire Department the premiere fire services organization that it is today."

Dube will be able to continue living in Dover following City Council's recent decision to allow someone to live in another town as long as they can get to Central Station on Wakefield Street within 20 minutes. Prior to the decision the chief had to reside in Rochester.

In a staff interview, Dube stated he is looking forward to returning to the Rochester Fire Department and is "ready to hit the ground running."

"I'm proud to work with the members of this department," said Dube. "Ultimately, they are what brought me back. I look forward to working alongside them to serve the people of Rochester."