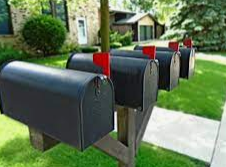 BANGOR, Maine - A former U.S. Postal Service employee has pleaded guilty to stealing cash and gift cards over a four-month period that ended in March 2020.

According to court records, Daniel Hindes, 35, of Hancock, worked as a rural carrier associate out of the Bar Harbor Post Office.

From November 2019 through March 2020, he opened mail addressed to customers on his route and stole cash and gift cards, he admitted on Thursday in federal court.

He then discarded the opened mail into the garbage rather than delivering the items. He admitted to opening 20 to 30 letters and taking cash and gift cards inside them.

Hindes faces up to five years in prison, three years of supervised release and a fine. He will be sentenced after the completion of a presentence investigation report by the U.S. Probation Office.