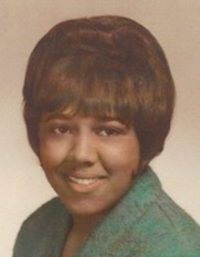 Francine was the wife of the late James L. Minot. They resided in the state of New Hampshire for well over 50 years.

Born and raised in New Bedford, Mass., she was the daughter of Mary (Oliveira) Ramos and Frank A. "Slappy" Ramos, Sr. She was also the foster-daughter of the late Virginia "Gina" and Walter Mack.

Francine was employed as a secretary at the Good Shepherd School of Barrington until their closing. She, then, spent many years in retail until she retired as a Safety Compliance Officer for Walmart of Portsmouth. She was a fierce advocate, known for her strong convictions and always spoke up for the "underdog."

Francine enjoyed reading, ceramics, telling a good long story, spending time with her family and special friends who she regarded as family. She loved a fresh snowfall.

She is survived by her eldest sister Pauline M. Garcelon (or, in Francine's words 'my sister, NOT my mother'). She is also survived by sisters-in-law Marie Ramos of Dartmouth, and Jill Minot-Seabrook of Dover, her God-children, many nieces, nephews, cousins and chosen extended family in New Hampshire.

Francine was predeceased by her brother Frank A. Ramos, Jr., her sister Joan Ramos (who died in infancy), her brother-in-law Richard M. Garcelon Sr. and her aunt Anna O. Gonsalves.