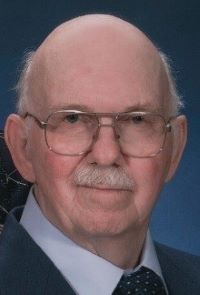 ROCHESTER - Francis Gilman of Rochester died peacefully Tuesday, Nov. 19, 2020 after a short illness.
He was born on Dec. 21, 1935 in Littleton, the middle son of three boys, to parents Clarence and Marguerite Gilman.
Frank, as he was known to all, attended grade school in Littleton. During his high school years he and his family moved to Rochester, where he continued his education at Spaulding High School. At age 18 Frank joined the Marines where he served for three years attaining the rank of Corporal. After leaving the Marines, he returned to Rochester where he became a baker, a job he held for over 25 years.
In 1958, he was married to Aline Houle of Sanford, Maine. They had three boys and through the years he held several jobs, eventually retiring from Simplex Wire and Cable Co.
Frank was an avid outdoorsman who loved fishing, hunting and camping. He was also an incredibly devoted husband, father and grandfather.
He is predeceased by a son, David and a brother, Robert. He is survived by Aline Gilman of Rochester, his wife of 62 years, two sons, Daniel of Springvale, Maine., and Wayne, of Wake Forest, N.C., two grandchildren, Christopher of Portland, Maine, Katrina and her fiancé Marshall of Springvale, a brother Ronald and his wife Carol of East Lebanon, Maine, and many nieces and nephews.