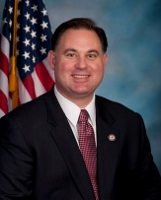 "The abortion lobby opposes any restriction on abortion, including reasonable health and safety measures to protect the lives of mothers and their babies, who survive late-term procedures. That's because for providers like Planned Parenthood, abortion is big business, thanks to $500 million of taxpayer money each year. In California, abortion coverage is mandatory. Obamacare subsidizes it in many states. At least one hospital forced an employee to participate in an abortion. One needn't be a nun to understand that conscientious objectors deserve the First Amendment's full protection. Religious discrimination is as wrong as any other."

In the 114th Congress, Rep. Guinta (NH-01) voted to stop federal funding to Planned Parenthood, pending a House investigation of videos showing executives negotiating the sale of fetal organs. He voted to repeal and replace Obamacare and to direct more funding to alternative women's health centers. The Conscience Protection Act of 2016 passed the House by a vote of 245-182.