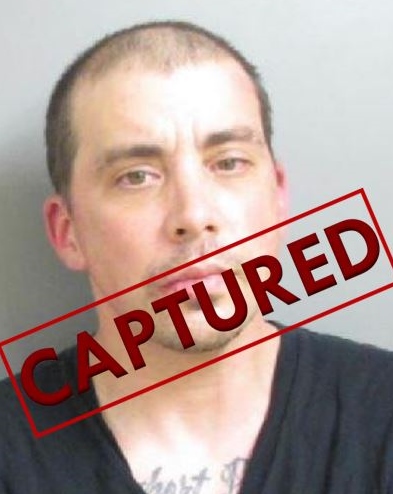 CONCORD - Last week's featured "Fugitive of the Week" was arrested without incident on Sunday at a New Hampshire treatment facility.

"Fugitive of the Week" John Shew, 42, was wanted on an outstanding arrest warrant alleging that he failed to appear in court on charges of possession of fentanyl and making false reports to law enforcement.

After being featured as the "Fugitive of the Week," the Marshals Fugitive Task Force received multiple tips pointing investigators to a drug treatment facility. Members of the New Hampshire Joint Fugitive Task Force and local law enforcement went to the facility and were able to take custody of the fugitive without incident.

Jeffrey White, Supervisory Deputy US Marshal said, "Ideally, we don't want to remove someone in need from a drug treatment facility. Our intention was to arrest and release Mr. Shew with a new court date, but in this case it turned out to be a no bail warrant and Mr. Shew was detained pending his court appearance."

White added, "We are hopeful that Mr. Shew will see the Rockingham County Judge today and be returned to the program in an effort to continue his path to recovery."

Since the inception of the New Hampshire Joint Fugitive Task Force in 2002, these partnerships have resulted in over 7,253 arrests as of April of this year.