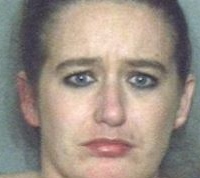 CONCORD - "Fugitive of the Week" Joslynn Doliber, 33, who was just featured in The Rochester Voice on Wednesday, heard she was the being sought and turned herself in, according to task force officials.

Doliver surrendered Thursday morning at the Ossipee District Court in Ossipee, where she was processed on the outstanding warrant. She was being sought on fentanyl trafficking charges.

As part of the search, Doliver was featured as the "Fugitive of the Week" which was disseminated on several radio, TV and state publications including The Rochester Voice.

Doliber has ties to both the Rochester and Ossipee area.