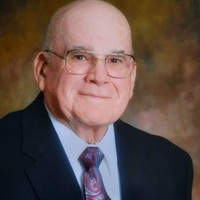 He was a member of Farmington Fish and Game club, Elks Lodge #1392, Le Club Victoire, and the NRA.

He belonged to Trinity Anglican Church.

Survivors include his wife Barbara (Gilmore) Crisp, Daughter Marcia Lyons and her husband Donald, two grandchildren Jeremiah and his wife Nalan and Joshua and his wife Stacey, great-grandsons Lincoln, Ulysses and Hunter, and sister Mary Smith.