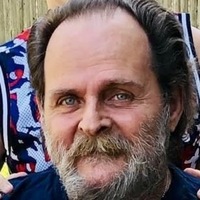 Jerry was born in Exeter, the son of the late Frank LaValley and the late Lorraine DesRoches Schnarr. He attended Portsmouth High School until he joined the Army in 1972. He served his country until he was honorably discharged in 1977. He grew up in Portsmouth, but resided most of his life in Rochester. Jerry was a member of Loyal Order of the Moose Lodge 443, a member of the Rochester Lions Club, and a lifetime member of the American Legion. He was one-of-a-kind and loved by everyone who knew him. In Jerry's younger years, he enjoyed working on cars, fishing, playing bingo, keno and cribbage, and was very dedicated and supportive of his children's sporting events. For the past 10 years, nothing was more important to him than spending time with his wife, children and grandchildren.