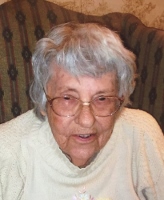 ROCHESTER - Germaine Jacqueline Bernier, 89, of Rochester, died peacefully Thursday, December 1, 2016, with her son by her side, at Frisbee Memorial Hospital, after a short battle with illness. Germaine was born March 23, 1927, in Rochester, N.H., the daughter of Alfred and Aurora Edna (Grondin) DesMarais. Germaine attended boarding school and graduated from Forsythe School with a degree in Dental Hygienics.
She enjoyed candle pin bowling, doing the New York Times crossword every week in pen, battling her husband Wilfred at cribbage, spending spring and fall in the cottage on Wells Beach and being an avid fan of the Boston Red Sox.
She was the widow of Lawrence N. Bergeron and Wilfred G. Bernier. Also predeceased by her brothers, Martin and Richard DesMarais.
Survivors include a son, Gerard L. Bergeron, a daughter, Jacqueline L. Drouin, her brother, Paul DesMarais, and three grandsons, Samuel L. Bergeron, Jason Drouin and Richard Drouin. She also leaves behind her special friends and caregivers, Lisa Stimpson, Cathi Waites and Joyce Litchfield, as well as many nieces, nephews and friends close to her heart.