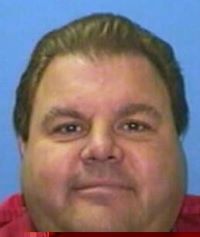 GILFORD - A Gilford man was arrested on Thursday after a State Police Marine Patrol chase across a vast portion of Lake Winnipesaukee.

The incident unfolded a little before 6 p.m. when Marine Patrol received a request from the Gilford Police Department to assist with an incident involving a domestic disturbance on a vessel in the Smith Cove area.

Marine Patrol Supervisor Brian Starck responded and saw the boat operator, who was later identified as Peter Morrissette, 59, of Gilford.

As Starck approached the vessel, they had a brief conversation during which Morrissette was uncooperative and later left the area in his boat.

Starck pursued him and was assisted by additional patrol boats with Marine Patrol and Gilford officers aboard. The pursuit continued at varying speeds across a large portion of Lake Winnipesaukee. After about an hour contact was made via cell phone, and Morrissette agreed to turn himself in at Marine Patrol Headquarters.

He is scheduled for an arraignment later today on a host of charges, including felony reckless conduct, misdemeanor careless and negligent operation of boats, disobeying an officer, and disorderly conduct at Belknap County Superior Court. He is also being charged with one count of misdemeanor domestic violence-simple assault by Gilford Police.

Anyone who witnessed the incident or who has further information is encouraged to contact NHSP-MP Sergeant Nicholas Haroutunian at 603-227-2112 or by email at Nicholas.M.Haroutunian@dos.nh.gov.