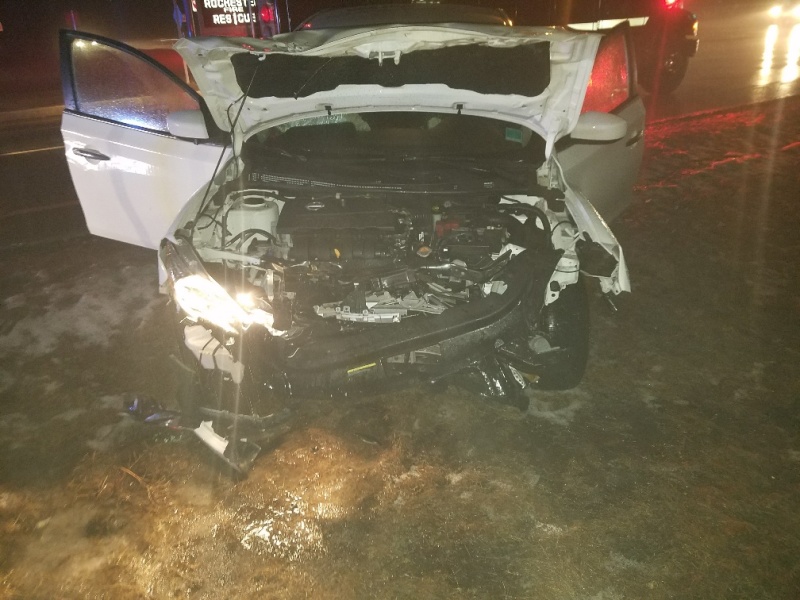 ROCHESTER - A Gilford woman was arrested for driving drunk late Sunday night after the car she was driving collided with another vehicle at the intersection of the Route 16 interchange and Farmington Road.

The crash occurred around 10:30 p.m. when police say Lisa Moore, 42, of Gilford, was operating an Acura TSX on the Route 16 northbound exit 15 off ramp and collided with Mark Robideau, 39, of Pittsfield, who was headed toward downtown on Farmington Road in his Nissan Sentra/

As a result of the collision Robideau was transported to Frisbie Memorial Hospital for what were described as nonlife threatening injuries.

During the on scene investigation Moore was charged with driving under the influence and obedience to traffic control device (violation). She also was arrested on several unrelated warrants.

The case is still under investigation at this time. Anyone with information about this collision is asked to contact the Rochester Police Department at 603-330-7128.