Gladys McFadden ... rooted for both teams at sports events 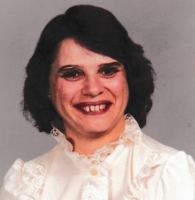 ROCHESTER - Gladys Joan McFadden, 71, of Rochester, died while visiting her daughter in Christiansburg, Va., on Monday, August 24, 2020 at LewisGale Hospital Montgomery, Va. Joan was born in Greenspond, Newfoundland Canada on November 16, 1948 to Ada Woodland Granter and Job Granter. She attended St. Stephen's School.
Joan worked as a cashier in food service at Liberty Mutual Insurance Company. She enjoyed reading thousands of books on her Nook; playing bingo and cards with her girlfriends; shopping; going out to lunch with friends; and during any sporting events Joan routed for both teams. She was also a proud member of American Legion Auxiliary Unit 7, Rochester New Hampshire.
Joan is survived by her loving husband Wayne of Rochester, four sons: Jim King of Conception Bay, South Newfoundland Canada, Steve Clotfelter of Opelika, Ala., Terry Clotfelter of Jacksonville, Ala., and Brian Clotfelter of Columbus, Ga.; her daughter, Audrey Nester of Christiansburg; two stepdaughters: Shelley Plastridge of Brentwood, and Marcia Berry of Hampton; three brothers Glenn Granter of Rocky Harbor, Newfoundland Canada and John Granter of Greenspond, as well as Bill Granter of Claremont; and two sisters Ada Kelloway of Pool's Island, Newfoundland Canada: and Jean Shearer of Calgary, Alberta Canada; 10 grandchildren; and 10 great-grandchildren.
Joan was predeceased by her mother Ada Woodland Granter; her father Job Granter of Greenspond, and her great-granddaughter Paisley Steward of Jacksonville.