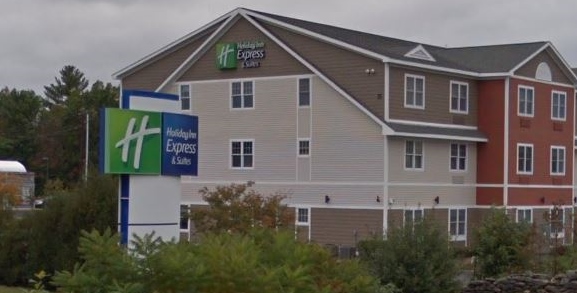 The Holiday Inn Express and Suites on Farmington Road is one of several Rochester hotels that will be affected by the governor's order. (Courtesy photo)

CONCORD - Hotels and motels will have to refuse guests unless they're essential workers or there for quarantine, but campgrounds are safe, at least for now.

During a daily press briefing on Monday, Gov. Chris Sununu announced Executive Order #27, which forbids all hoteliers, including AirBnb and other short-term lodging venues from allowing any new guests.

The prohibition exempts several groups, like victims of abuse, someone receiving long-term care and homeless receiving emergency housing among others.

The governor said those who already have reservations may remain till their contracted stay is over.

Sununu explained that campgrounds in general have much more elbow room and their spaces aren't as confined as in a hotel, motel or bed & breakfast.

Gov. Sununu also announced that the state had received 300,000 new pieces of PPE to help protect first responders and health care workers who have been hit hard by the pandemic.

New statistics on Monday showed they 24 percent of health care workers had tested positive for COVID-19.

And while cloth masks are urged to be worn in public State Epidemiologist Benjamin Chan warned that they are not designed to keep you safe, but keep other safe from you if you're asymptomatic while carrying the virus.

"The primary protection for the public continues to be social distancing," Chan said.

Chan said they are still expecting a surge in the coming weeks, and it is vital that everybody continues all mitigation strategies as proscribed by the CDC.