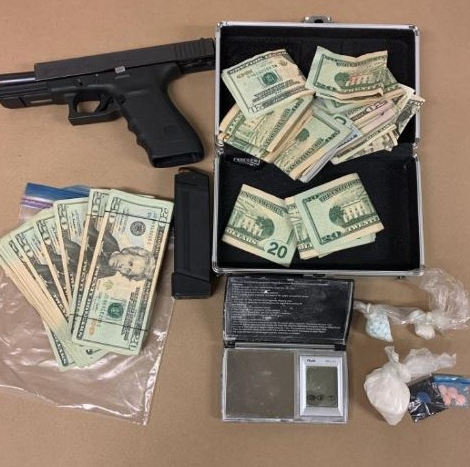 Several of the public service announcements solicit the public's assistance in fighting back against drug traffickers, according to a statement released today.

One unfortunate side effect of the opioid crisis is the increased number of incidents where individuals from New Hampshire have traded guns in order to obtain drugs.

"Drug traffickers actively solicit customers to obtain guns for them," the statement from U.S. Attorney Scott W Murray noted. "Additionally, convicted felons, individuals convicted of domestic violence, and others who are prohibited from possessing guns often offer money or drugs to get New Hampshire residents to buy guns for them."

"Drug trafficking and violent crime jeopardize the safety and security of the citizens of New Hampshire," Murray added. "Armed drug dealers are a menace to everyone. Law enforcement officers are working to protect the community each day. With these public service announcements, we are seeking to raise awareness about these crimes and to solicit the public's assistance in helping us to make the Granite State safer. A fully informed public is a powerful deterrent against the harm caused by drug traffickers."

Additionally, the audio messages and the messages on social media platforms aim to increase awareness of the dangers and consequences of exchanging guns for drugs and the criminal consequences of buying a gun for someone you don't know or someone who cannot legally possess a gun.

For more information about the campaign and to see the public service announcements, please visit https://www.justice.gov/usao-nh/crimefreenh.