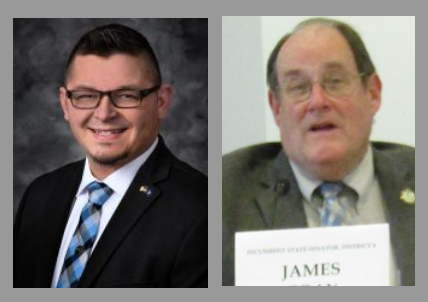 City Councilor David Walker, chair of the Public Works and Building Committee, introduced the request, saying that New Hampshire's Commissioner of Public Works had urged the city to adopt the resolution.

"People are flushing these wipes down the toilets and this buggers up the wastewater treatment plants," Walker told the council.

The resolution's intent was to force manufacturers of such "nonwoven" products to label them "nonflushable" or face fines.

Rochester Pubic Works Director Peter Nourse said wipes flushed down the toilets of customers on city water causes a myriad of problems with the city's wastewater system, including clogging of wastewater infrastructure which costs taxpayer money to fix and puts city workers doing the job at risk.

Gray, a state senator who represents Rochester and several other local towns, said he couldn't in good conscience support the resolution, because it doesn't punish the responsible party.

"What the legislation did was require manufactures to put labels on something, and what would happen is people who sold them would be fined," he said. "So the person you want to charge - the manufacturers or persons who flushes them down the toilet - doesn't get fined. The guy in the middle, the retailer, gets the fine."

Gray also said councilors cast their votes without even having received a copy of the proposed legislation to review.

A vote in the state Senate is expected to come later this month, but Gray, a Republican, said he couldn't support the measure because it added regulations, fees and fines.

"Legislation is not the solution here," he added.

Gray also said he felt some were trying to make wipes legislation a partisan issue, but said he'd spoken to State Sen. David Watters, D-Dover, and "he wants no part of it either," Gray said.

City Councilor Chris Rice, who called on Gray to support the measure prior to the City Council vote, said today he had read the legislation, but he stressed it was not his intent that any retailer be fined.

"My point is that when these wipes clog up city water pipes this is a problem that can cost the city and taxpayers a lot of money, not only in Rochester but other area towns," said Rice, who lost his bid to oust Gray from his Dist. 6 Senate seat last month.

Rice also disagreed that anyone was trying to make it a partisan issue.

It should be noted that many experts in plumbing, septic and sewer system operations note that even flushing products that say they are flushable and biodegrade immediately can spell trouble.