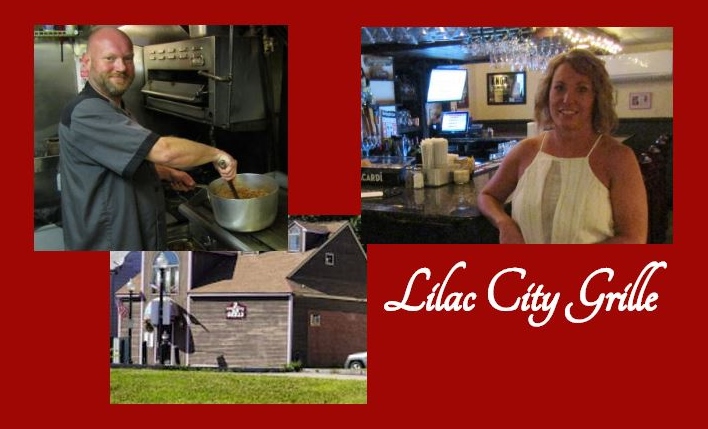 ROCHESTER - In 2011 Heather Stachura bought the business she grew up around, and ever since Rochester foodies have been glad she did.

"My parents use to own this place. I grew up around it," she smiled as she sat at a table last Thursday just prior to opening for lunch. "It used to be called the Fox and Hounds and it was just one floor."

Now it's known as The Lilac Grille, nestled next to the Cocheco River on North Main Street where it has become one of the most successful of Rochester's fine restaurants that boasts one of the most diverse menus across the Northern Seacoast.

"Yeah, there's about 100 menu items," said executive chef Corey West, who oversees a kitchen staff of 12 who help him keep tabs on all the ingredients that need to be fresh to help him create the culinary delights he does.

West started out in the restaurant business as a dishwasher and over many years worked his way up to executive chef. He's been at Lilac City Grille for seven years.

West worked his way up without any formal education in the art of cooking, but that hasn't stood in the way.

"I didn't go to culinary school, but I worked for a lot of chefs who did who didn't know how to cook," he quipped. "Knowing and being able to do it is a big difference."

Another thing he never learned is putting out a plate with some "Avant-garde minimalist portion; instead he concentrates on the three basics.

"It's got to look good and taste good, and we like to wow them with the big portions," he said as he stirred baked beans and crumbled hamburger for the day's lunch menu.

West said he likes the challenge of preparing the restaurant's three daily specials and working on other unique dishes like his truckstop tots: homemade tater tots with ham, bacon, onions, mozzarella cheese, scrambled eggs and a sausage patty.

Stachura said from the kitchen to the bar to the dining area the philosophy remains constant and in large part stems from her time working at the former Viola V's for Julie Sylvain.

"We have some menu items from Viola V's and look for the same atmosphere like you feel like you're at home," Stachura said. "I like to accommodate what everyone wants.

"And because of that we get a lot of repeat business. We have good food at a decent price."

The restaurant serves up delicious steaks, seafood and pasta dishes (gluten free available) every day along with all homemade soups and desserts, she added.

Today's specials show the restaurant's inventiveness in both menu items and nomenclature: For lunch how bout a "Black & Blue Ribeye": blackened ribeye with blue cheese crumbles, chipotle mayo and onion rings or fries; or A "Pig Out Quesadilla": ham, bacon and roasted pork and cheddar cheese on a flour tortilla.

Tonight's special is Cajun Catfish, with fried catfish with slaw (with apple) and fries.

And don't forget their Sunday brunch where you can get Eggs Benedict for just $9.

We'd wash it down with a Holy Mimosa: champagne, orange vodka and OJ with a floater of 80 proof Gran Marnier.