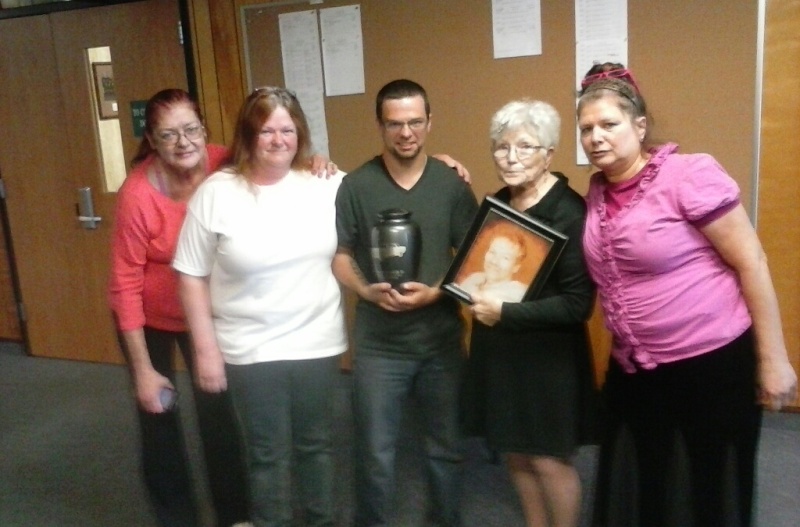 DOVER - The family and friends of Jeffrey Howarth who came to Strafford County Superior Court on Monday seeking solace - and justice for his death - left with his urn and framed picture but little closure.

Jason Douglas, who pleaded guilty to conduct after an accident for knowingly leaving the scene after he struck Howarth with his Dodge Ram pickup while Howarth was bicycling along Route 11, was sentenced to 12 months, but will have to serve just two weeks before being eligible for administrative release.

The sentence, worked out between defense counsel Andrew F. Cotrupi and County Attorney Tom Velardi, did not address license loss or restitution, but Judge Mark E Howard, citing a lack of statutory guidelines, deferred on both, except for agreeing by mutual consent to accept a check from Douglas for the Howarth family in the amount of $1,180.60.

Howarth, 51, was struck while riding his bicycle on May 6, 2015, in the area of Route 11 and the Spaulding Turnpike southbound onramp in Rochester. His body was seen by a passing driver around 12:30 a.m., and he was later pronounced dead at the scene by responding Frisbie medical personnel.

Douglas, 24, of 28 Miller Road, New Durham, dressed in a lavender shirt, striped tie and dark pants, said little during the sentencing, only speaking quietly to the judge when asked if he understood the details of the plea.

Diane Bergeron of Rochester, a close friend of the victim for eight years, in a victim impact statement said tearfully, "I never thought our friendship would end like this."

She also read a poem about her relationship with the victim, which included the words, "We went through so many tears and so many fears."

Jeffrey Howarth Jr., the victim's son, then pressed Douglas on whether he was truly repentant.

Judge Howard immediately gave Douglas the opportunity to respond, but he declined.

Then Pat Adams, the mother of the victim, strode to the front of the courtroom clutching a framed picture of her son.

As she softly wept imploring the court for justice for her son, Douglas' mom, sitting next to her son, Jason, also broke down and wept.

"These are difficult crimes for a family to absorb," Velardi said at one point during the sentencing.

It was also learned that Douglas had suffered as well with what happened, having to be medicated for six months following the accident in order to just sleep.

As Howard drew close to pronouncing sentence he gave Douglas yet another chance to address the victim's family, but he again declined, only saying through his attorney that there was nothing he could say that would comfort them.

As Howard rendered his decision and found Douglas guilty, he characterized the defendant's decision to leave the accident scene as an "undeniably bad decision."

Bergeron and other family and friends of Howarth said they were appalled that Douglas didn't lose his license.

"I was shocked he didn't lose his license and shocked he never said he was sorry," Bergeron said outside the courtroom after the sentencing.

The check for $1,180.60 didn't sit with the family either, who added it didn't even cover the funeral.

For Cathy Dunlap who came to the sentencing, the former wife of Jeffrey Howarth Sr., it's been a profoundly bad year. She lost the other son she had with her former husband when 25-year-old Brandon L. Howarth of Rochester passed away in October.