Gronk won't be there but he'll be remembered for his mark 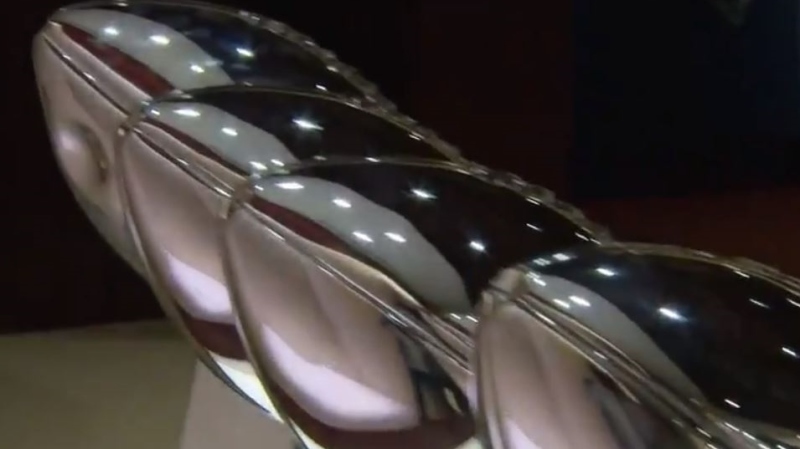 The most recently won Lombadi trophy, left, which sports a little ding from a Gronk bunt on April 9, will be in Concord on Monday. (Courtesy image).

During the public viewing and photo reception he will be joined by Pat Patriot and a representative from the Patriots Cheerleaders, as they greet loyal Patriots fans to celebrate last season's incredible accomplishments and the franchise's sixth Super Bowl championship.

"New Hampshire is home to some of the best sports fans in the country, and we are so excited to celebrate the New England Patriots triumphant victory in Super Bowl LIII," said the governor. "There remains no doubt that the New England Patriots are the greatest football team of all time, and there is no better way to recognize their historic performance in Super Bowl LIII than by bringing the most recent Lombardi Trophy to New Hampshire."

The public reception will be held in the Executive Council Chamber from 3-5:p.m.

The trophy comes with a tinge of controversy after it was learned several weeks ago that former tight end Rob Gronkowski used it as a bat prior to an Opening Day celebration at Fenway Park recognizing the Super Bowl champs.

The trophy was permanently dented when Gronkowski laid down a perfect bunt on a pitch by wide receiver Julian Edelman while they were waiting for the celebration to begin.