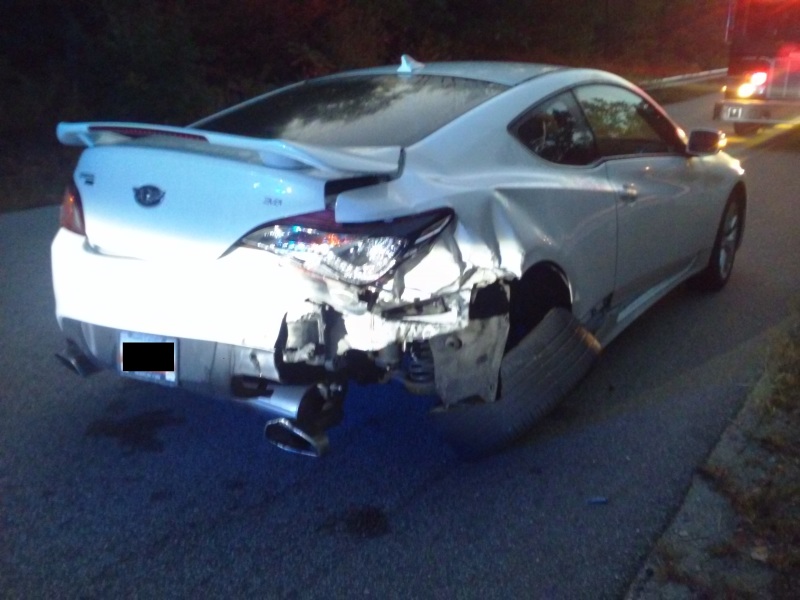 The Hyundai took heavy rear-end damage and had to be towed. (Rochester Police photo)

ROCHESTER - Police are saying fog may be to blame in a two-car pileup this morning at the intersection of Washington Street and Hussey Hill Road.

The crash occurred a little after 6 a.m. police say a Hyundai Genesis driven by Nicholas Van Derpoel, 21, of Frederick, Md, was stopped on Washington Street waiting to make a left hand turn onto Chesley Hill Road and was struck in the right rear corner by a Mazda 3 driven by Scott Vallimont, 51 of Somersworth.

The Mazda was traveling south on Washington Street at the time of the accident.

There were no reported injuries, however, both vehicles sustained damage and had to be towed.

Foggy weather conditions in the area appear to have been a factor.

If anyone has any information pertaining to the accident they are asked to contact Officer Krochmal of the Rochester Police Department at 603-330-7128.