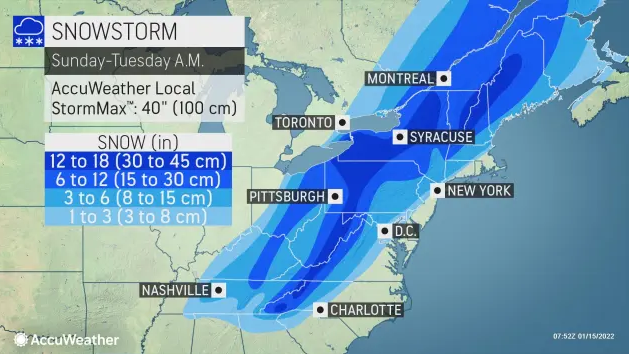 Forecasters are predicting the Greater Rochester area could see anywhere from three to 12 inches of snow in a fast-moving holiday weekend storm that will begin early on Monday.

As is often the case Rochester is smack dab on a demarcation line that separates three to six and six to 12 inches of the white stuff, which will be accompanied by winds gusting up to 50 mph, strong enough to bring down trees and power lines, which could lead to widespread outages.

Eversource issued an advisory on Friday and is closely monitoring and preparing to respond to the storm, which they say could cause outages from late Sunday into Monday. 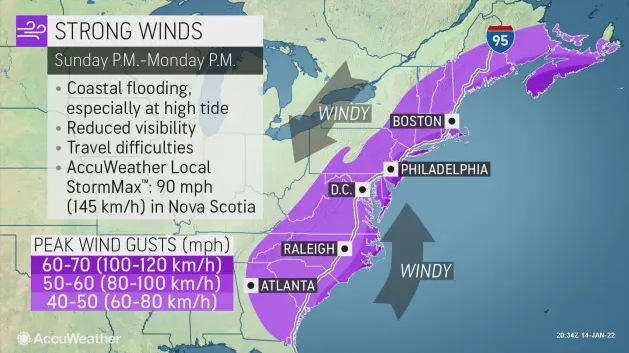 The energy company is positioning line and tree crews across the state as well as bringing in additional out-of-state crews to respond to any damage or outages caused by the weather.

"We've been carefully monitoring this weather system for the last few days and we'll have workers and materials in position across the state ready to respond and will adjust our plans if the forecast changes," said Eversource President of New Hampshire Operations Doug Foley. "With wet snow in some parts of the state and wind gusts up to 45 or 50 miles per hour possible, there is the potential for trees and tree limbs to come down onto power lines and electric equipment. We're fully stocked with extra utility poles, wire, transformers and other equipment and ready to repair any damage this storm may cause."

Eversource reminds customers to always stay clear of downed wires and to report them immediately to 9-1-1. Be sure to report any outage online at Eversource.com, or by calling 800-662-7764. Customers who signed up for the company's two-way texting feature can send a text to report an outage and receive outage updates as they happen.

Customers should also prepare for any severe weather by assembling or restocking a storm kit and creating an emergency plan with family members, friends and neighbors.

Snow is predicted to begin around 5 a.m. on Monday before turning to rain around 1 p.m. as temps climb into the mid-40s.

Any change in the storm track could affect snow totals.

The storm will strike the Appalachians in a fast and furious nature, leaving many areas buried under more than a foot of immobilizing snow. Even for major cities along the I-95 corridor of the Northeast, a quick dose of snow followed by heavy rain and strong winds could pose travel problems.

Along the I-95 corridor, where the center of the storm is likely to track, warm air is forecast to be drawn in from the Atlantic Ocean which will cause rain to fall during most of the storm. But, even the major cities of Washington, D.C., Baltimore, Philadelphia, New York City and Boston have the potential to be hit with a brief dose of snow or a wintry mix on Sunday night. The wintry precipitation can rapidly cover roads and make for slippery travel at the onset of the storm before any accumulation is washed away by rain in these places as the night progresses.

Travel over the zone from 25 miles to 75 miles northwest of the I-95 from northern Virginia and central Maryland to Massachusetts and New Hampshire will be a mess. Roads could turn from snow-covered to slushy and icy in some areas, AccuWeather forecasters warn.

Thundersnow could accompany this snowstorm as an indication of its formidable strength.

Just as a fresh injection of cold air will help set the stage for the major winter storm, cold air will rush in the wake of the system on Monday night. Any wet and slushy areas will freeze, leaving untreated roads, sidewalks and parking lots slippery and dangerous. Temperatures are forecast to dip into the single digits F across the northern tier of the Northeast to the teens and lower 20s over much of the Ohio Valley and central Appalachians to the upper 20s along I-95.

Accuweather material was used in this report