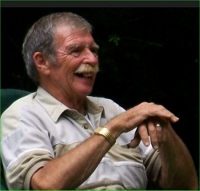 ROCHESTER - Henry A. McSheehan, Jr., died Tuesday, February 20, 2018 in Rochester. He was 77. Henry was born December, 12, 1940 in Fulton, N.Y., to his parents Henry A. and Mary (Kelly) McSheehan, Sr.
Raised in Rochester and graduating from Spaulding High School, Class of 1960, he married Anita (Begin) McSheehan in 1974. He worked for Rochester Public Works for 21 years, retiring in 2005.
He is survived by his wife of 43 years, Anita (Begin) McSheehan; his son and daughter-in-law, Robert and Judy McSheehan; three grandsons, Tyler, Brandon and Jackson; his brother and sister-in-law, John and Marie McSheehan; his half- sister and her husband Ron and Debra Yeager; his half -brother, Clyde McSheehan. Henry was predeceased by his son Richard McSheehan.