Hey guys, Words with Friends is not Tinder for old folk 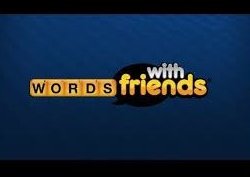 Remember the Saturday Night Live skit where two from the troupe are discussing the proliferation of computer apps.

One of the comics says, "They practically have an app for everything. I wonder when they'll have one that lets you know when someone's going to the bathroom?"

"They already have it, it's called Words with Friends," replies the other.

Earlier this week the game that got Alec Baldwin tossed of an American Airlines flight eight years ago took on a more sinister Internet persona when it was revealed by New Hampshire Attorney General Gordon MacDonald that online scammers were preying upon elderly Granite Staters using the Scrabble-like game.

That said, Words with Friends is a multiplayer word game "app," available on almost all electronic platforms.

The app, which has been downloaded by millions of users worldwide, also allows players to communicate directly with one another.

Now, I for one, never play with anyone I don't know, which is what's been getting these older folk in trouble.

In fact, I almost never communicate on the app unless it's my cousin from Virginia who whups my ass most of the time. Occasionally, I'll say something like "What computer program gave you that word?" or "Under what rock did you find that one?"

She usually doesn't reply. She lets her words speak for her and just beats me like a drum yet again.

According to the AG's statement, scammers use the app's communication function to ask users a series of questions, in attempts to gain personal information that the scammers then use to exploit the individual. They often pose as individuals seeking a personal or romantic connection and, like with other popular scams, urge the user to send gift cards, money, gold, and other valuable property to the scammers, often internationally. Scammers will also send harmful links and ask users to switch to other platforms that make it easier for the scammer to access the user's sensitive, personal information.

Hey, I don't care if you're my best friend from high school. I'm not sending you money, gold or anything for that matter. And I don't think Words with Friends was designed to be Tinder for aging baby boomers.

I was gonna write a longer column but I have to go play Words with Friends. That chili went right through me.