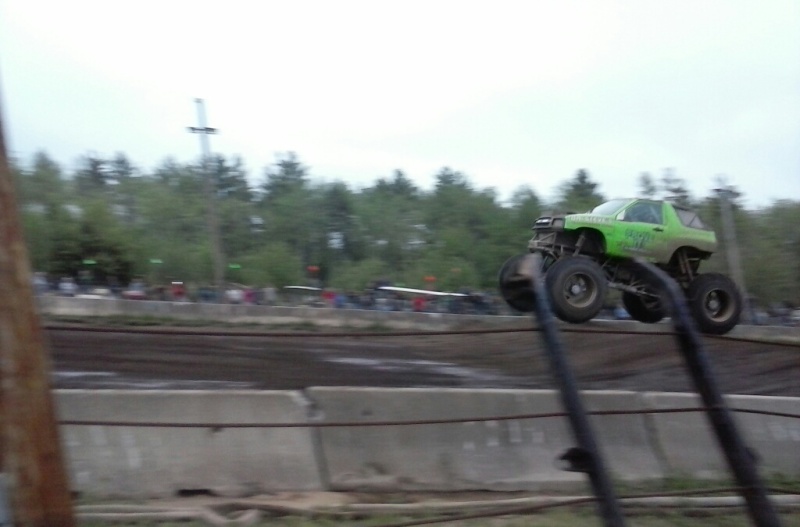 EAST LEBANON - The smell of diesel, nitrous and methanol mixed with home fries, sausage subs and popcorn on Sunday as 4X4 Proving Grounds culminated its Spring Sling Weekend with head to head racing in modifieds and big truck classes as well as the crowd favorite, a Hill-N-Hole event that saw various vehicles flying some 40 feet over dirt jumps.

The drags and Hill-N-Hole events were pushed back a bit timewise as more mudders than expected joined in eight mud pit classes and six Deep Mud ATV classes during the afternoon, but that's not to say the wait wasn't worth it.

The drags and Hill-N-Hole events were among the most exciting of the weekend as fans got to line up behind safety barriers to get an up close view of the drivers in action.

4X4 Proving Grounds owner Kurt Zeller had said he was expecting some 800 visitors and participants over the three-day event, and crowds on Sunday, while not yet confirmed, were healthy despite the threat of rain and much cooler temps than Saturday.

One of the major improvements is a second race venue where the drags and Hill-N-Hole events were held, with the newer area accessed by a short walk through woods.

Concessions were available at both locations where there were plenty of great viewing areas as well.

The next big mudder and camping weekend is set for June 24-26.