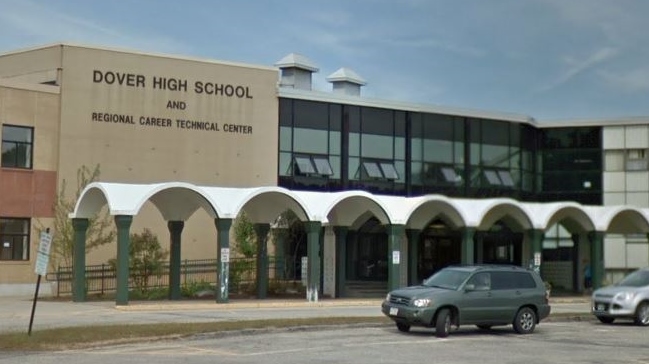 DOVER - Dover school officials are under fire after a video uploaded onto social media shows a pair of 11th-grade U.S. History class students singing about "killing black people" as part of an assignment focusing on the events of Reconstruction in the South after the Civil War.

As part of the assignment students were given various topics and told to create a jingle and sing it to the tune of a Christmas carol of their choice.

The pair in question were given the Reconstruction topic of the rise of the Ku Klux Klan.

Jen Green of Dover, who has two biracial children at the high school, posted the video on social media on Sunday.

The refrain of the song goes, "KKK, KKK, let's kill all the blacks," much of it sung to the backdrop of awkward laughter by students.

According to a by WMUR, the teacher who made the assignment and allowed the pair of boys to complete their song uninterrupted, has been placed on paid administrative leave.

The Manchester station also spoke with a student who participated in the offensive jingle, who said he meant no disrespect on meanness, but was only trying to complete the assignment.

Jen Green said her children were "devastated" by what transpired.

Dover Schools Superintendent William Harbron on Monday sent a notice out to parents to let them know what had happened and what the school planned to do about it.

"We are deeply concerned that an event such as this could occur and understand the emotion and concern that this will create for our students, families and staff. Administration from Dover High School and the district are working with students and the school community to respond immediately and effectively to this racial insensitivity," Harbron said.