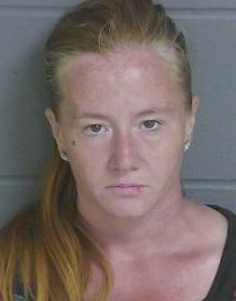 DOVER - A homeless woman was arrested on Friday in a knife assault on another woman that occurred in woods near the Dover train station.

The incident unfolded as police responded to the Dover Transportation Center around 3 p.m. for a report of a woman covered in blood who was screaming.

Police found the woman on First Street with two cuts on her left arm, according to a press release.

The victim reported she knew her assailant and described her as wearing a black T-shirt with roses on it.

Standley admitted she had been involved in a physical altercation with the woman, but claimed the woman fell on broken glass, however, officers found a "significant amount of blood, but no broken glass" when they investigated the scene.

A witness told police Standley was seen with a knife earlier in the day and that she walked to the river immediately following the altercation.

The knife has not been recovered.