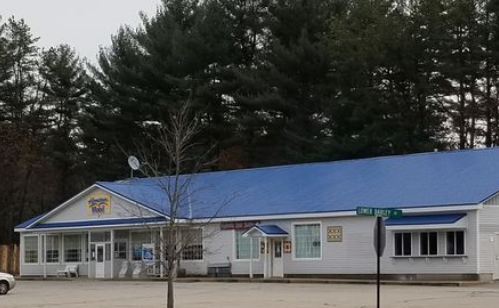 SOUTH LEBANON, Maine - The flurry of speculation into who won last week's $1.35 billion Mega Millions jackpot is fast receding into the back channels of Northern Seacoast consciousness, but the fact of the matter is the name of the lucky individual may never be known to the public.
The Jan. 13 drawing that made someone one of the richest folks on the planet was the first winning Mega Millions lottery ticket ever sold in Maine and the fourth-largest lottery jackpot in U.S. history.
As of Saturday the winner had still not come forward, and if they get legal counsel and set up a trust to pick up the check, the public may learn the name of the trust but not necessarily the name of the winner.
Even if the winner never shows up, one payout is already in the works. Hometown Gas and Grill will be getting a check for $50,000 for being the agent that sold the winning ducat.
Owner Fred Cotreau told The Portland Press Herald on Saturday that he'd be sharing half the prize money with his employees, whose shares would be based on their time working at the store.
In California, the Mega Millions agency bonus would've been $1 million.
If Hometown Gas and Grill were in Ohio they'd be getting a check for more than $20 million.
Because of the increase in mega jackpots in recent years more and more jackpot winners have sought to remain anonymous for fear of harassment by distant relatives and profiteers.
The person who holds the jackpot winning ticket has 12 months to come forward or else the money goes back the states that participate in the game.
The winning numbers in the Friday the 13th drawing were: 30, 43, 45, 46, 61, and gold Mega Ball 14.