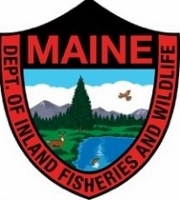 Wardens got involved around 5:55 p.m. Tuesday when Franklin County Sheriffs' office dispatch received a call from Mark Henderson of Eustis, 57, who reported that he unintentionally shot himself in the lower left leg while bird hunting on a remote logging road near the northwest shore of Flagstaff Lake in Flagstaff Township.

Hladik immediately administered CPR to Henderson and loaded him in his truck. A state trooper drove the warden's truck to meet an ambulance at the Big Eddy Road as Hladik and another trooper continued CPR. Emergency medical personnel administered care to Henderson for some 40 minutes before he died due to his injuries.

There are nearly 215,000 licensed hunters in Maine, and over the last 10 years, Maine has averaged six hunting incidents per year, and three fatal incidents over that ten year period.

This is the first hunting incident of the of year. Currently, there are seasons open for hunting for bear, deer, upland birds, waterfowl, turkey and other species. The second week of moose season begins next week.

Hunters are reminded to always treat every firearm as if it's loaded, always keep your firearm pointed in a safe direction, and always be sure of your target and beyond.