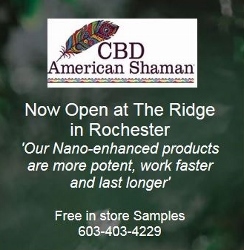 If someone shows a card saying they're exempt from mask wearing, it's bogus 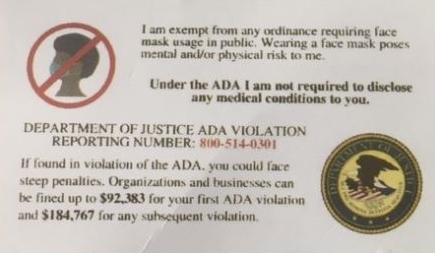 This is what one of the cards looks like. (Courtesy image)

PORTLAND, Maine - The state's Attorney Generals office on Friday announced that fraudulent cards and other documents claiming to exempt bearers from wearing face masks are turning up in Maine.

The cards and other documents carry the official Department of Justice seal.

The reports indicate those handing out the cards claim the bearer is exempt from face mask requirements under the Americans with Disabilities Act (ADA).

The Department of Justice also is aware of postings or flyers on the internet making the same claims. Many of these documents include the Department's seal.

The Department urges the public not to rely on the information contained in these documents and to visit https://www.ada.gov/ for ADA information issued by the Department.