If they disrespect Tom, I'll root for him and against the Pats in Super Bowl LV 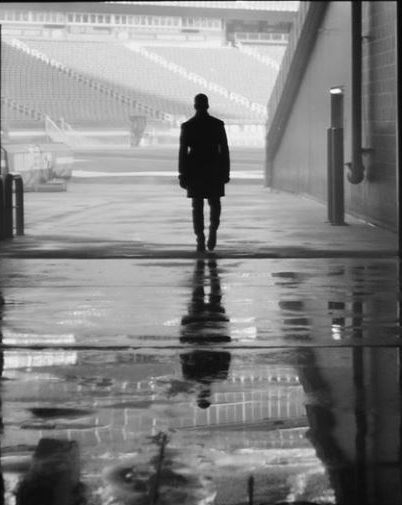 This cryptic Instagram photo put up by Tom Brady is perplexing Pats fans as you can't whether he coming or going. The rumor is it's part of a Super Bowl ad that airs tonight.

What a surreal spectacle it will be when Tom Brady, Julian Edelman and the gang aren't on the field in Miami when Super Bowl LIV gets under way in a few hours.

Well, Brady may not be in uniform, but he will be there, in a commercial, that airs during the game.

I think if Brady were to go to another team it would be a travesty of sports justice, if there is such a thing.

So, dare I say, I'm looking for a quid pro quo from the Patriot organization. Fearing I might be impeached as editor of The Voice, I'll put it this way: "Bob Kraft, Coach Belichick, Do the right thing. That's all I want."

And maybe the Patriots will. NFL insider Ian Rapoport said in an article published just hours ago that sources have told him that the Patriots are willing to pay Brady in excess of $30 million. That's a big chunk over the paltry $23 million he got this year.

And when you look at some of the top earners at signal caller you might be outraged at how Tommy Boy is being disrespected.

Consider this: Alex Smith of the Redskins got $23.5M, Derek Carr of the Raiders got $25M, Matt Stafford of the Lions got $27M, Jimmy G of the 49ers, a protégé of Brady, got $27M, Kirk Cousins for goodness sakes, of the Vikings got $28M, Matt Ryan of the Falcons got $30M, Carson Wentz of the Eagles got $32M and Jared bleeping Goff of the Rams and Aaron Rodgers both got $33.5M.

Topping the QB cash kings are Big Ben at $34M and Russell Wilson of the Seahawks at a league leading $35M.

So it's heartening to hear that finally, Tom Brady will get a contract he's certainly earned.

But the other thing that is the real fly in the ointment is that if he's paid that much, how much money will be left over to modernize his pass receiver arsenal. He needs at least two wide receivers, real burners, that can stretch the field and also some new offensive linemen.

But I'm already thinking if they throw him under the tackling dummy, I'm burning my season tickets. Not that I have any, but that's what I'm feeling.

And if they do him dirty, if he goes to a competitive team, which you know he will, I might just root for him against the Pats if they meet in next year's Super Bowl.

That would be a first.