In Milton Mills, rebirth of Ira Miller's has a village atwitter 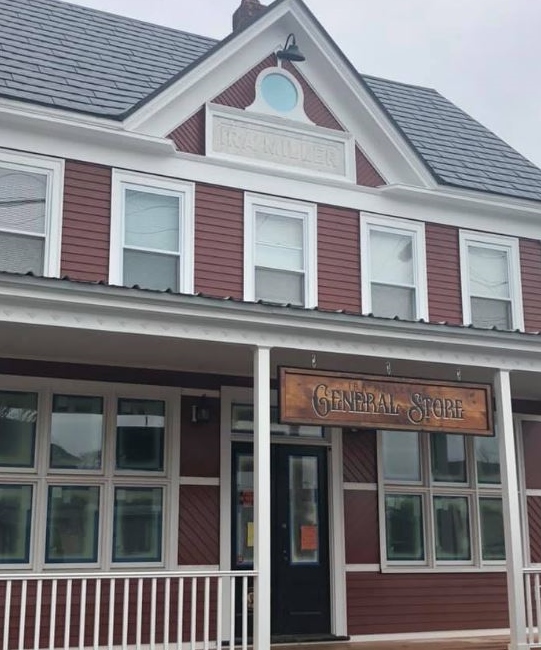 After falling into complete disrepair Ira Miller's General Store is once again the jewel of Milton Mills. (Courtesy photo)

MILTON MILLS - It's been almost a year since Amy and Roy Darling began a reclamation project seeking to bring an architectural and cultural icon of Milton Mills back to life.

Ira Miller's General Store, which first opened in the early 1900s and features an antique lunch counter not often seen today, will be back in business, and soon.

"We're just waiting for a final inspection from the health inspector before we can open," said Amy Darling last week.

To get the venerable general store up to snuff, the Darlings had to fix its foundation, gut and refurbish refrigerators and pore over historical photos as they sought to replicate features of the store from the olden days.

One of their signature accomplishments was getting the store on the state's historical register.

In a time when rural general stores are falling by the wayside, Amy Darling said she and her husband are determined to bring a taste of that storied New England tradition of country hospitality back.

Once it opens up - and it should sometime this month - they'll be serving egg sandwiches and burritos for breakfast, and soups, salads and sandwiches or panini for lunch.

They'll also have specialty coffees like cappuccinos along with Green Mountain coffee to go.

Amy Darling said the store will feature ice cream and a special apothecary section where they'll stock herbal and natural home remedies along with the Tylenol.

A highlight of the store will be a kids' section where youngsters can "shop" while mom and dad enjoy a coffee break.

"It will give kids a place to do imaginative play, a little market of their own," Amy Darling said.

Also with kids of all ages in mind, Ira Miller's Store will feature an extensive penny candy section.

To get to Ira Miller's Store take Route 125 north through downtown Milton to Applebee Road about four miles west of Milton Three Ponds and follow Applebee to the center of town.