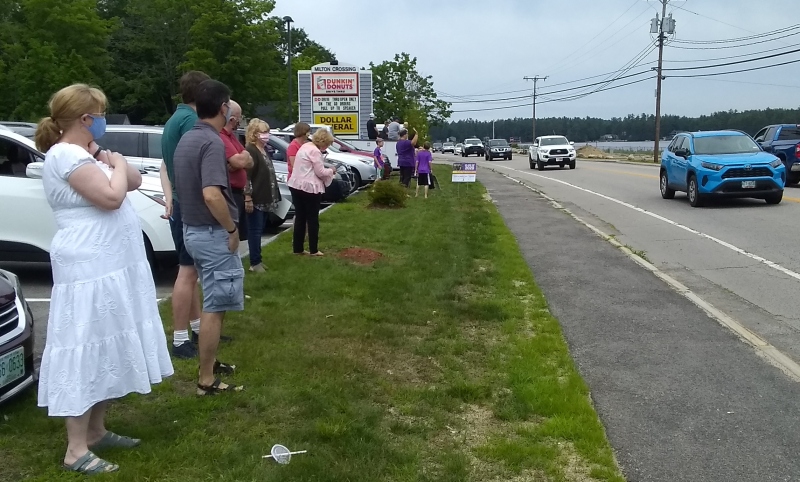 A crowd begins to wave as a procession of cars filled with Nute High graduates parades by after commencement exercises were held at the baseball diamond at Milton Town Beach on Saturday. (Rochester Voice photo)

MILTON - Some 37 Nute High School graduates received their diplomas on Saturday in a special commencement held on the baseball diamond at Milton Town Beach.

Nute High Principal Jan Radowicz handed out the diplomas with only immediate family allowed to be in attendance due to COVID-19 social distancing concerns.

Down the street at the Milton Crossing minimall a couple of dozen turned out to cheer the graduates whose car procession after commencement was led by a couple of Milton Fire and Rescue firetrucks.

Sara Cantrell, whose niece, Elizabeth Gosselin was among the graduates, said she was taking this most unusual of commencement days in stride.

"Yes, it's strange," she said, "but also special. I think they'll remember this for a long time."