It is discrimination that should be attacked, not relics of the past 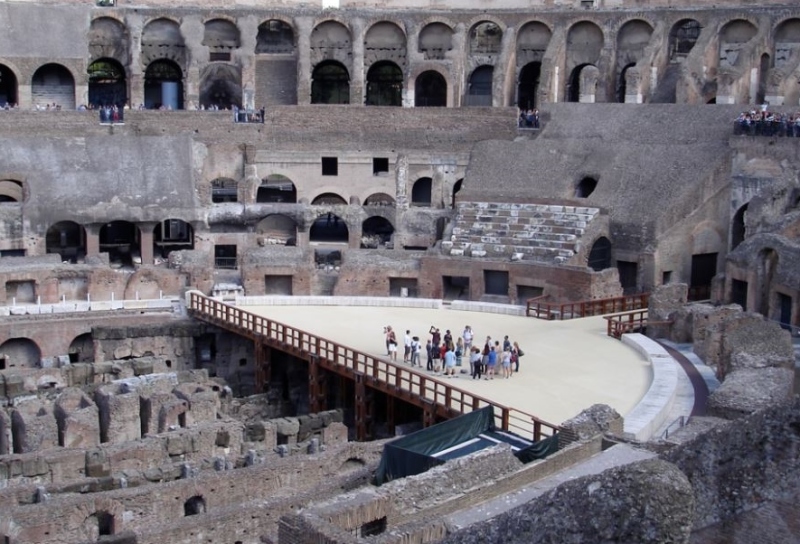 The ancient Colosseum of Rome, where gladiators fought and died and Christians were fed to the lions, remains one of the city's most popular sightseeing destinations. (Courtesy photo)

A couple of thousand years ago - but who's counting - ancient Romans fed Christians to the lions in the Colosseum, yet in Rome the site remains. I hear, in fact, it's quite a favorite with sightseers. Go figure.

So much suffering, so much pain, yet it remains.

Yet we don't vilify people of Italian heritage today for the deeds of their ancestors.

Nor do we believe the folks of Salem, Mass., owe reparation to the relatives of those burned at the stake or drowned in dunking chairs during the Salem witch hunts of the 17th century.

History is peppered with savagery and incoherent evil throughout the ages.

But we don't live as one singular entity or DNA chain of mankind and womankind throughout the 10,000 years or so we've been on the planet.

And far be it from us to point fingers at what people did 1,000 years ago, or 500 years ago or even 50 years ago. You can't imprint your values on another era and demand of them the virtues you imagine in yourself.

The point of history and life is that you learn from your mistakes.

If you tear it all down, you can't see the mistakes of the past.

If you change the narrative of what happened in years gone by - either through history books, social media or even just retooling a Wikipedia entry - you've doomed the future to repeat past mistakes.

Images of the Colosseum don't offend me, even though Christians were killed there and my conquered English forbears were slaves for privileged Romans.

The recent horrific death of George Floyd at the hands of Minneapolis Police is an anathema to any reasonable person, be they a police officer or a Black Lives Matter member.

But the thoughtless rioting, looting, violence and death in urban neighborhoods across the country should also be condemned.

As a journalist I have covered town, county and state law enforcement agencies from Virginia to Vermont to Maine to New Hampshire for more than 35 years, and I have never encountered any systemic racism whatsoever.

Of course no one knows what is said behind one's back, no matter who you're talking about. What I'm saying is I never have seen a hint of racial bias or discrimination among the agencies I covered.

In fact the incoherent hatred and disrespect for our country's law enforcement during recent events is something I not only don't understand, it is something I wholeheartedly condemn. They put their lives on the line every single shift, and but for a few bad apples that can be seen in every profession bar none, serve their communities with honor, dedication and pride.

That said, what one thinks inside their own brain can never be fully accounted for.

It is by actions we are judged, not thoughts.

People are naturally prejudiced from the time they are born no matter what race they belong to, what ethnicity, what section of the country, what religion, whether they live in the mountains or the flatlands, country or urban, what socio-economic strata; we all know such prejudices abound.

We are naturally prejudiced about everything from the way folks wear their hair, how many tattoos they have, what breeds of dogs they like (I hate poodles), their weight, about as many things as you could imagine.

But with all our prejudices that are quite normal, we can still rise above them and make sure we treat everybody without those prejudices we inescapably have, to eschew discrimination, to eschew bias in our actions and to treat everyone - EVERYONE - with respect and kindness.

Sounds like a cliché. Yeah, until you practice it and see what you get in return.