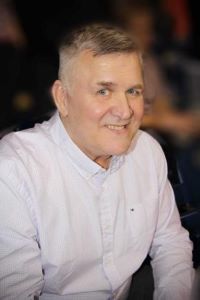 BERWICK, Maine - James "Jimmy" Raymond Jones Jr., 74, died Monday, Nov. 23, 2020 at his home in Berwick; the son of James Raymond and Thelma R. Farnum Jones.
He was a standout athlete and graduate of Berwick High School class of 1964 where he lettered in basketball and baseball. He excelled in basketball, baseball, and track and field and went on to play basketball for the UMPI after his time in the military.
He was drafted into service by the Army on April 21, 1967. Stationed in Washington, DC with the 3rd U.S. Infantry Regiment also known as "The Old Guard," he performed military funerals in Arlington, Va., for those lost in the Vietnam War. He was the lead pallbearer at the state funeral for Dwight "Ike" Eisenhower and this put him on the cover of Life Magazine.
After he was discharged he traveled to California and saw Jimmy Hendrix and Led Zeppelin at the 1969 Northern California Folk-Rock Festival. Eventually, the call of Maine brought him home and he entered the UMaine at Presque Isle with the intention of becoming a teacher but within a semester of graduating, realized that teaching was not his life's calling. He returned home, and following his dreams, in 1974 opened Jimmy Jones Locker, a seafood restaurant, in Somersworth then Rochester, N.H., which he successfully owned and operated until 2019 and carries his name till today.
Wanting to have a positive impact on the youth in his community, Jimmy used his deep love of sports to begin coaching youth leagues in Berwick. Peewee football, Little League Baseball, and basketball were his favorite sports to coach. When he wasn't coaching, he would umpire and referee games, including his daughter's basketball games at Seacoast Christian School and his sons' at Noble High School. Many of his former players considered him the underground mayor of Berwick, as he had a way of getting things done behind the scenes. For his incredible work with the youth of Berwick, Peewee Football created the Jimmy Jones Award, which he quipped when he first heard, "Well, I'm not dead yet!"
Survivors include his loving wife Sylnor Ocana of Berwick, sons Nathan James Jones of Berwick, Patrick Jones of Concord, N.H., Matthew Twitty of Berwick, Thomas Poblador of Portsmouth, N.H., Matthew Poblador of Berwick, daughters Missy Gover and her husband Walter of Winter Park, Fla., and Becky Jones and her fiance Ellislee Fields of Berwick, two grandchildren, Walter James Gover of Baltimore, Md., and Mason Joseph Gover of Winter Park, a brother Rusty Jones and his wife Sharon of Carmel, Ind., and nephew Tyler Jones of Amsterdam, the Netherlands.