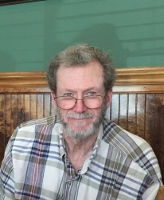 NEW DURHAM - James Karl Mitchell, of Merrymeeting Road, died on Wednesday, June 7, 2017 at the Hyder Hospice House in Dover, N.H. He was born March 14, 1949 in Rochester to James P. and Barbara (Jones) Mitchell.
Jim graduated from Spaulding High School in 1967. He received his Bachelor of Science degree from UNH in 1971. Before his retirement, he worked for Jarvis Cutting Tools as a mechanical engineer for over 30 years.
Jim loved spending time with family at their home on Moody Beach, Maine and at their camp on Lake Winnipesaukee. He was a member of the Elks Club as well as a Freemason.
He is survived by his wife Linda Miller-Tripp; a sister, Barbara Patton of S.C., and two half siblings Virginia Brunette and Richard Hill of Florida; six children, Jackie Becker and husband Duane of Vt., Jack Mitchell and wife Melanie of Maine, Jill Mitchell of N.C., and Benjamin, Hayley, and Joshua Mitchell of Mass.; four stepchildren, Christopher and Craig Miller, Jessica Miller-Tripp, and Megan Mina; nine grandchildren, two great-grandchildren, and several nieces and nephews. He is predeceased by his parents and a niece, Michele Brown.