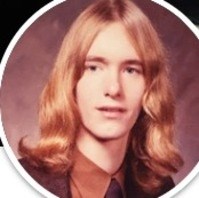 STRAFFORD - Jason L. Daudelin of Strafford NH, died on Wednesday Feb. 24, 2021.
He was born in Rochester on May 21st, 1955, a son of Alfred and Lorraine (Howard) Daudelin. As well as Stepfather Joseph Shackford.
Graduating from Spaulding High School in 1973, Jason continued to work for Great Falls Sheet Metal, building a career and retiring with Rapid Sheet Metal. He was always a talented guitar player who loved music, it was his greatest passion. He had more guitars than you could count, always fixing broken or unloved ones he would find. Along within his later years, learning how to play the drums, keyboard, and piano.
As well as his parents, Jason was loved by his wife Lisa, and daughter Jalyse. His brother Daniel, sister Gail and brother-in-law Martin Gilman. Many nieces, nephews, cousins and friends are all devastated by this loss. As well as his dog Terror, a jack russell corgi mix, and Princess, a chihuahua daschund mix.