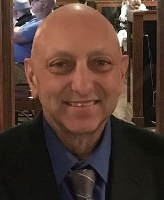 ROCHESTER - John D. "Jack" Wallace, 64, died Wednesday, July 22, 2020 at home surrounded by his family after a long battle with cancer. Born March 4, 1956 he was the son of John D. and Rose (Athearn) Wallace.
Jack attended schools in Durham and was a graduate of Kimball Union Academy and attended New England College, having received athletic scholarships to both schools. In both his junior and senior years in high school he was an All American Athlete for both soccer and hockey. He had also coached varsity soccer at Spaulding High School for several years.
He formerly owned and operated Jack Wallace & Son Contracting and later was employed at Budel Construction.
He was predeceased by his parents and his wife Sharon (Scott) Wallace and is survived by his daughters Sheena Murphy (Shawn) of Bedford, N.H., and Brittany Marshall (Scott) of Salisbury, N.H.; a grandson Ryker Marshall; his sister Sheila Wallace of Rochester; his fiancée Lisa Vignault of Rochester; and step-sons Zac and Brandon.