John 'Papa' pays soulful tribute to Dr. John on anniversary of his death 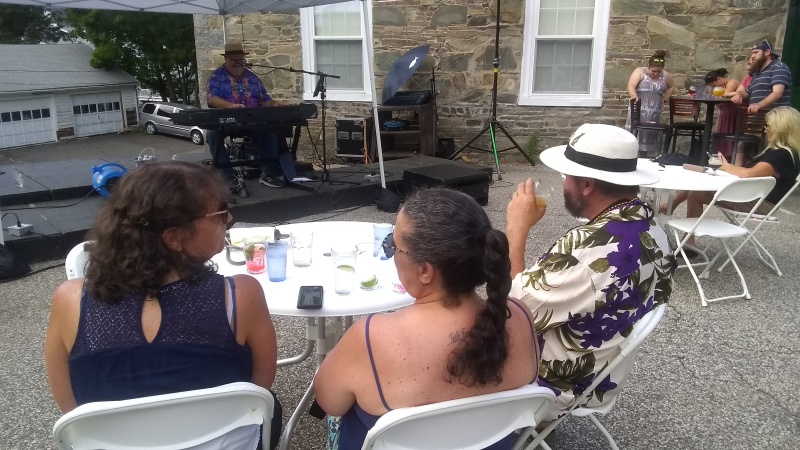 NEWMARKET - Live performance venues are just beginning to come out of hiberation after a 16-month hiatus due to COVID, but the Stone Church is doing it in a big way, hosting an emotional homage to New Orleans blues and funk with John "Papa" Gros on Sunday and a album-release party for a blistering rock band that continues on the rise on Friday.

If you haven't been to the Stone Church, it's a one-of-a-kind venue that has resonated with UNH students and Seacoast music fans for decades.

This writer has been there a few times, seeing the likes of funk phenom Parliament Funkadelic and guitar-keyboard wizard Edgar Winter, who brought us "Frankenstein" and "Free Ride" among other hits.

Nestled a couple of hundred yards above busy downtown Newmarket and Route 108, The Stone Church is one of the coziest, intimate nightclubs you'll ever come across, with a large outdoor patio where we watched Gros (the 's' is silent), take us on an eclectic audio tour of New Orleans music.

Gros grew up in Baton Rouge, La., but went to college at Tulane, where he cuts his teeth on playing the Crescent City sound.

One of the major forces in his development was his love of Dr. John, a bulwark of New Orlean's music, "who died two years ago today," he remembered on Sunday.

As a tribute, Gros played a full set of Dr. John hits, including "Such a Night."

The 5-7 p.m. afternoon concert with Gros was a wonderfully relazing, restorative moment of refuge after a dark almost year and a half.

No masks, dancing in open patio spaces, munching on pulled pork and crayfish, with plenty of beer and cocktails to wash it down.

It was plenty hot, but we were pleasantly surprised when we found that our private table we'd reserved was right in line with a mister that sprayed us with cooling, fine droplets that kept us quite comfortable, even in the 90-degree heat.

Now this Friday, no matter what the temperature, it's going to get a lot hotter, when Watts, a medium heavy-metal, Stones-ish group, with a hint of "Golden Earring" feel and powerful vocals from lead singer Dan Kopko comes to town.

Other band members include John Lynch on drums, John Blout on guitar, and Tim McCoy on bass.

That will be a nighttime album-release party running from 6-9 p.m. for their new album, "Shady Rock and Rollers."

These guys are the real rock 'n' roll deal, a fun, high-powered feisty foursome who will get you crazy and up on your feet.

For a taste of what Watts will bring to the table click here.

For more info on tickets and the Stone Church click here.