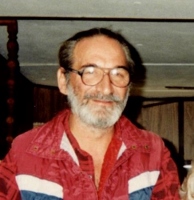 FORT WAYNE, Ind. - John T. Anderson, 77, died at his home in Fort Wayne, Ind., Sunday, September 9, 2018. He was born in South Berwick, Maine to the late Irving Anderson and Helen Tracey (Shaw).
John retired after several years of service from Wing Foot Goodyear in 2008.
He is survived by his children David C. Anderson of Milton, N.H., and Wendy Goodfield of Rochester, N.H.; siblings Clayton Anderson of Rochester, Eva McCague of Newton, Ala., Mary Anderson of Rochester, James Anderson of N.H. and Jerry Anderson of Wis.; many grandchildren; niece Tina Pouliot of N.H.; and a nephew Raymond Cole of Fort Wayne, Ind.
John was preceded in death by his wife Betty Jean Anderson, a step-son Gregory Anderson, a sister Helen Guillemette and a brother Irving Anderson.