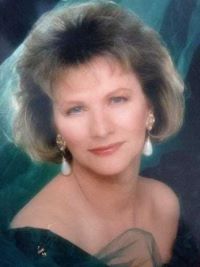 BERWICK, Maine - Judith Ann Davis Wilbur, a resident of Berwick and a member of the Church of Jesus Christ of Latter-day Saints, died of cancer on Thursday, November 12, 2020.
Judith was a beloved wife, mother, co-worker, teacher, exemplar and friend. She was born November 14, 1948 in Dayton, Ohio, the daughter of Lloyd D. and Dorothy L. (Rhodes) Davis and grew up mostly in Miami, Florida, where she married and had two daughters. She married her second husband in 1971, moving to Maine and adopting his five children, three sons and two daughters. They then had three more daughters.
Judy was musical, a singer and guitar player who taught her kids to harmonize. She wrote road shows for the youth of her church to perform, and wrote a well-reviewed community theater variety show featuring her children. She acted in church productions of Broadway musicals. She participated in Revolutionary War reenactments. She loved movies, and was a big fan of old movies from the forties and fifties. She was a talented artist and poet, seamstress, loved thrill rides, roller skating and dancing.
She has lived in states all over the country where she had various jobs, her favorites being store manager for Deseret Industries and for Goodwill, and counselor and trainer for Missouri Girls Town. She remarried and moved to Berwick in 2008.
She is survived by her husband Gary Wilbur, her brother James Davis and his wife Mary, her children and their spouses, Shirley Marcellus, Roland and Dolly Roy, Joseph and Megan Roy, Jenette and Frank Maggio, Robert Roy, Theresa and John Merrill, Bonnie and John Yost, Judy Netherland and Brian Vail, Michelle and Eric Lancaster, and Nicole Cooley, and a multitude of grandchildren and great-grandchildren, nieces and nephews.