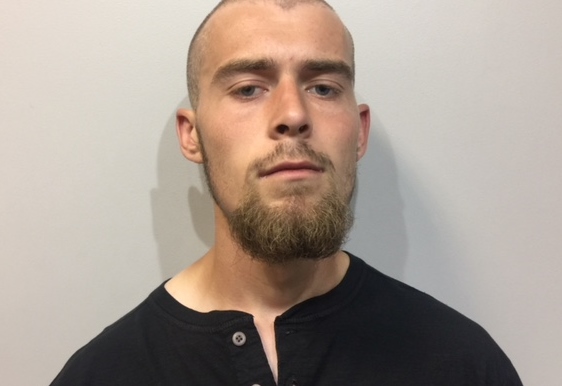 ROCHESTER - A Dover man was arrested in a stolen vehicle case Friday afternoon after he ditched the car at Walmart and tried to elude police and a K9 track.

Calum Ryan, 20, was charged with felony receiving stolen property and misdemeanor driving without a valid license.

The incident unfolded around 2:30 p.m. when a caller to Strafford County dispatch reported an erratic driver on Route 11 in Farmington headed east toward Rochester. The caller reported the car's license plate which came back stolen out of Portsmouth.

A Farmington officer responded to Route 11 and attempted to stop the vehicle, but after slowing briefly in the breakdown lane, it sped east at a high rate of speed.

The Farmington officer began pursuing the vehicle, but ended the case when it became a safety risk.

Rochester Police were alerted and began a search for the vehicle, which was located abandoned in the Walmart parking lot. Witnesses and video surveillance provided by Walmart led to the identification of Ryan.

A K9 track led police from the vehicle to the general area where Ryan was located and arrested.

He refused the services of a bail commissioner and is being held today at Strafford County Jail pending an arraignment on Monday.

The stolen vehicle, a 2012 Toyota Camry, was recovered without damage and was turned over to the custody of the Portsmouth Police Department for further investigation.

Additional charges are expected against Ryan.