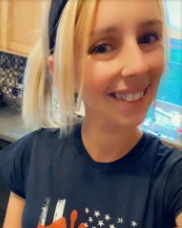 ROCHESTER - Kayleigh Nicole Raucci, 32, died peacefully at home with her family by her side on Wednesday, July 27.

Kayleigh was born on Aug. 19, 1989, in Rochester. Kayleigh's sarcastic sense of humor could make anyone laugh. Her lack of filter brought many eye rolls as well as chuckles from her family and friends. There was nothing that was off limits when Kayleigh was around. While she pretended to be tough on the outside, she was really as soft as fresh baked rolls from Golden Corral. She would give you her last dollar if you needed it. If you were in her circle, Kayleigh loved big, especially her kids.

Bren, Bay and Brooke were her world and there was nothing that she wouldn't do for them. Even during her last days, it was important to her to make as many memories with them as she could, which included taking a trip to Six Flags on the hottest day of the year to be able to watch Bay go on all of the big roller coasters for the first time. While she loved to torment her brothers, Kyle and Kelsey, they meant the world to her.

Like most brother and sister relationships, she could annoy them but if anyone else did, Lord help them! She faced the hardest challenge anyone cure imagine with grace and courage. Kayleigh did this her way and on her terms. She insisted on not getting a hospital bed so that we could all continue to cuddle with her and, in the end, her family all cuddled on the bed with her for her very last breath. A piece of our world is gone now that Kayleigh isn't in it.

Many cousins and dear friends