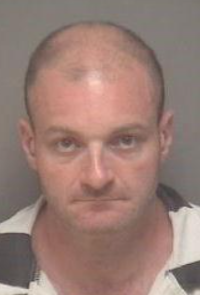 CONCORD - A Keene man dubbed the "Cryin' Nazi' was found guilty by a jury in federal court of extortion and threat charges, the U.S. Attorneys Office announced today.

During four days of trial testimony, the jury was presented with evidence that Christopher C. Cantwell, 39, maintained an active online presence, including operating a white nationalist website and an internet call-in program.

Evidence at trial showed that Cantwell believed that members of another online group called the "Bowl Patrol" had been harassing him online and contacted the victim in this case seeking to obtain identifying information about the leader of the Bowl Patrol, an individual who used the name "Vic Mackey." The "Bowl Parol" has been identified as a separate white nationalist group.

When the victim refused to disclose the information Cantwell sought, on June 16, 2019, Cantwell sent an electronic message through the Telegram messaging application, stating, "So if you don't want me to come and f*ck your wife in front of your kids, then you should make yourself scarce[.] Give me Vic, it's your only out."

Cantwell was convicted of one count of transmitting extortionate communications and one count of threatening to injure property or reputation. The jury found Cantwell not guilty of cyberstalking. Cantwell, who has been in custody since his arrest on January 23, 2020, is scheduled to be sentenced on Jan. 4.

"Sending threatening and extortionate messages over the internet can instill fear and emotional damage," said U.S. Attorney Scott Murray. "I am grateful to the jury for weighing the evidence in this case and finding that this defendant's disturbing conduct was unlawful. I also want to express my appreciation to the FBI and our other law enforcement partners for their work investigating this case. This conviction should send a message to all those who use the internet as a means to threaten others that their unlawful conduct will not be tolerated."

Cantwell gained a notorious reputation as one of the organizers of the 2017 Unite the Right rally in Charlottesville, Va.

He was charged with using chemical spray on two counterprotesters, and reacted with a teary-eyed internet posting that gained him the moniker "the Crying Nazi."