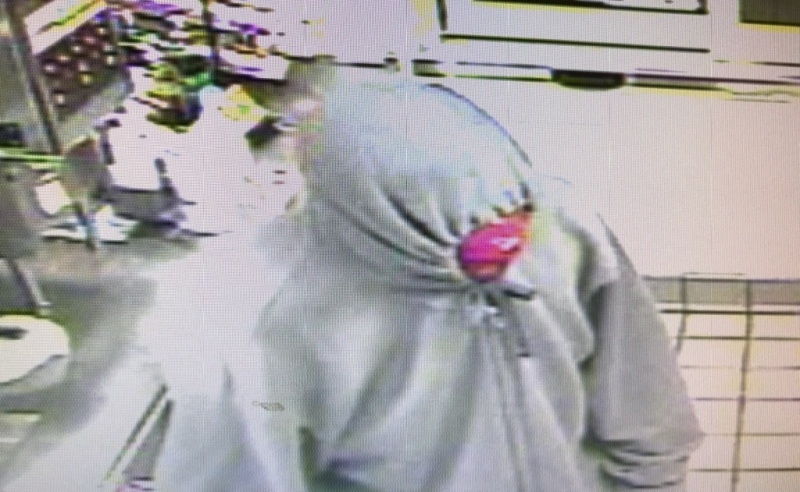 The suspect brandished a knife before demanding money from employees. (Surveillance image)

ROCHESTER - Police are on the lookout today for a man wanted in the armed robbery of the Milton Road Dunkin Donuts Monday night.

It occurred a little before 8 p.m. when police say the man walked into the 64 Milton Road eatery, showed a knife and demanded money from employees.

After receiving an undisclosed amount of cash, he fled on foot. None of the employees were injured during the incident.

A Rochester Police's K9 unit responded to the scene and tracked the suspect toward Old Milton Road where the scent went cold.

The suspect was described as wearing grey sweatpants, a grey zip-up hooded sweatshirt, a red bandana covering his face and black and white shoes.

The Rochester Police are asking anyone who may have information that could assist with this investigation, to call Det. Livingstone at 330-7128. You can also provide information and remain anonymous by calling the Rochester Crime Line at 335-6500 or Text to: CRIMES (274637) Body of Text: TEXT4CASH + your tip. Cash rewards are offered for information that leads to an arrest.