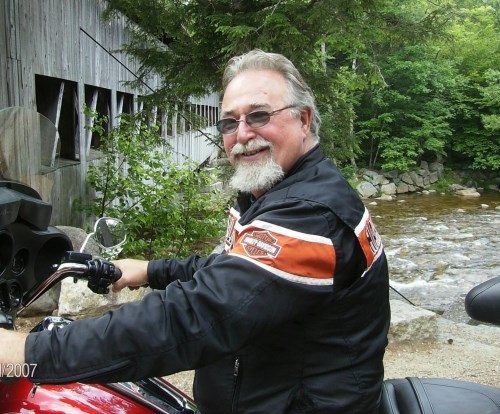 BARRINGTON - Lawrence "Larry" James Smith, 68, died unexpectedly on Thursday, September 3, 2020, at his home in Barrington. He was the son of Donald and Marilyn (Wilbur) Smith of Barrington.
In addition to his parents, he is survived by his loving wife Shawna Genest Smith; children Julie Dubel of Colorado, Christine Kendell of Barrington, Jillian Langley of New York., Charles Ireland of Barrington and Brittany Evans of Georgia; grandchildren Michael and Gabriel Gonzales of Colorado and Esther and Torin McKeever of New York.; siblings Evelyn Musgrove of Tennessee, Eugene Smith of Concord, Kenneth Smith of Barrington, and Donna Riley of Gloucester, Mass. He enjoyed many nieces and nephews, great nieces and great nephews.
Born March 9, 1952 in Brockton, Mass., Larry graduated Bristol County Agricultural School and was the founding member of the Granite State Chapter Old Truck Meet 1987 (ATHS) and later became President of the ATCA Granite State Chapter. He went on to build a life of love and laughter, full houses, full hearts and full bellies. He loved freely and fiercely, he could drive anything far and fast and made friends and family wherever he went.