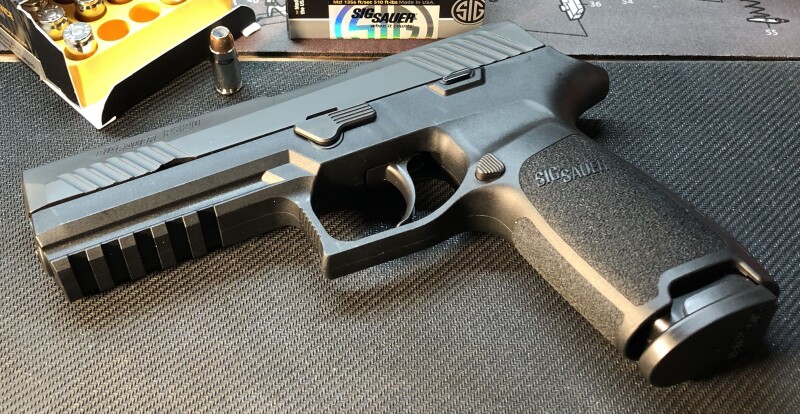 NEWINGTON - A pistol made by Sig Sauer goes off by itself, according to a lawsuit filed Tuesday.
The plaintiff, an Army veteran, said the pistol discharged as he was walking downstairs.
The lawsuit, which was filed in Philadelphia, calls for monetary damages.
George Abrahams alleges that he he placed the holstered P320 pistol in his pants pocket before heading down a flight of stairs when the weapon discharged. The lawsuit alleges dozens of similar injuries in the past few years.
Sig Sauer has headquarters in Newington and production facilities in Rochester and Epping. There are said to be about a half million such pistols sold nationwide, some going to law enforcement agencies.
Abrahams suffered the serious leg injury two years ago, according to the lawsuit.
The law firm of Saltz Mongeluzzi & Bendesky P.C. of Philadelphia is representing Abrahams.
Sig Sauer representatives were not immediately available for comment.
This story will be updated.

Members Opinions:
Rochestaaa
[Delete]
I have this exact same gun. I thought this was a pre 2017 issue? Lawsuit just coming out now? Anyone know how old the gun is?