Lebanon grieving loss of teenager who died in motorcycle crash 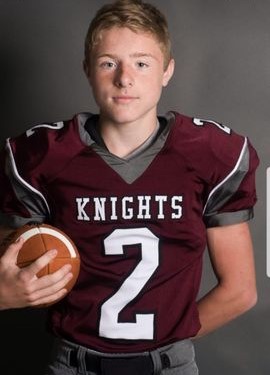 LEBANON, Maine - Tributes and condolences were pouring in today for a young Lebanon man who died on Wednesday when his motorcycle collided with a car in West Lebanon.
State Police responded to the crash site in the 100 block of Champion Street around 7:30 p.m. where it was determined that 19-year-old Nathan Parker was operating his motorcycle at a high rate of speed northbound on Champion Street when he came around a corner, went into the opposite lane and collided with a Chevrolet Impala.
The female operator and children in the other vehicle were not injured.
Parker, who just turned 19 earlier this month, was called "an amazing young man" on a givesendgo page set up to help the family pay funeral expenses.

The page added that his passions were football, playing guitar and motorcycling and that after graduating last year, he started his own business, Nate's Auto Detailing,
"He was a sweet, kindhearted wonderful young man," said an uncle, Daniel Emery.

To contribute a fund set up to pay final expenses click here.