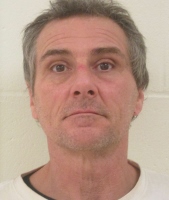 ALFRED, Maine - A Lebanon man has been indicted on assault, criminal threatening and terrorizing charges in a domestic violence incident in February.

Raymond L. Gauvreau, 42, of Richardson Road, stands formally charged with nine counts in all, including assault on the alleged victim, assault on a police officer and criminal threatening connected with the Feb. 3 incident in Lebanon.

Eight of the nine charges are Class C felonies, punishable by up to five years in state prison apiece.