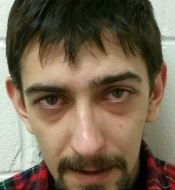 DOVER - A Lebanon man has been indicted on drug possession charges in connection with an arrest in Somersworth last December.

Timothy Carignan, 28, with a last known address of 25 Catfish Lane, Lebanon, was arrested on Dec. 29 for allegedly having in his possession the controlled drug, cocaine.

The charge is a Class B felony with enhanced penalties, which could land Carignan in state prison for up to 7 years with a $25,000 fine.

The Strafford County grand jury indictments were handed down and released last week.